WASHINGTON, DC (March 10, 2010) -- Women Airforce Service Pilots (WASP) were the first women to fly military aircraft during World War II and they received the Congressional Gold Medal, the highest civilian honor given by Congress, in a ceremony on Capitol Hill. About 200 women who served as WASPs were on hand to receive the award. Now mostly in their late 80s and early 90s, some came in wheelchairs, many sported dark blue uniforms, to the 1,102 pilots who served as Women Airforce Service Pilots during World War II, the surviving women pilots attended the ceremonies with family and friends, and family members represented other pilots. Photo by Johnny Bivera 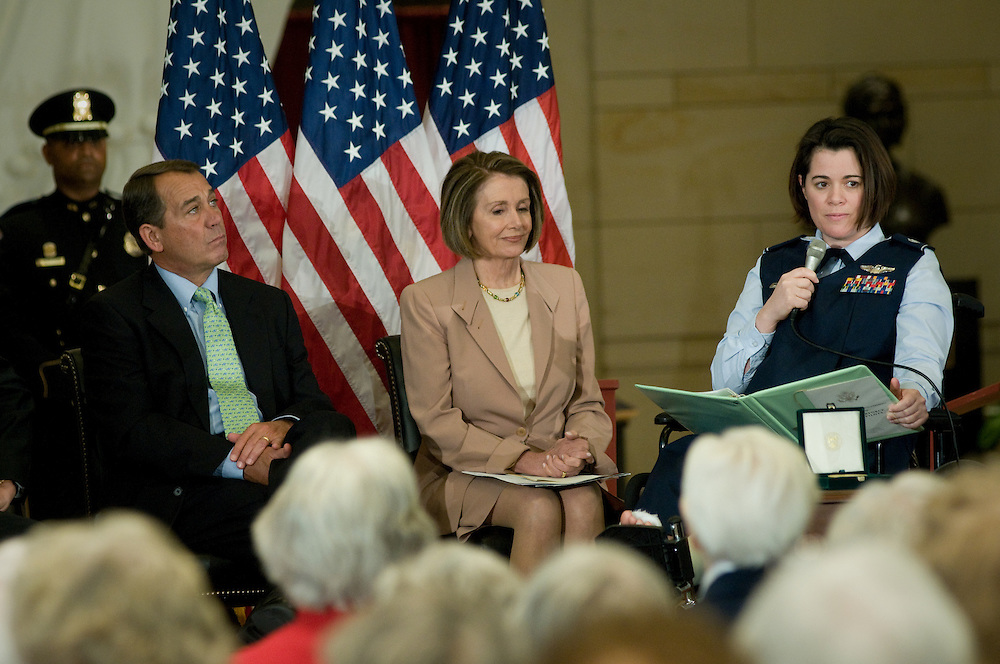