WASHINGTON (May 26, 2007) -- At the entry portal of the Martin Luther King Jr., Memorial, where two stones are parted and a single stone is pushed forward into the horizon, appears as the missing piece of what was once a single boulder. The central opening through the arc on the axis of the Jefferson and Lincoln Monuments places this memorial directly in line with larger democratic ideals that form the context for King's words and deeds. The memorial is envisioned as a quiet and receptive space, yet at the same time, powerful and emotionally evocative, reflecting the spirit of the message Dr. King delivered and the role he played in society. To commemorate the life and work of Dr. Martin Luther King, Jr., the creation of a memorial to honor his national and international contributions to world peace through non-violent social change is happening in Washington, DC. Located in West Potomac Park, the Martin Luther King, Jr. National Memorial looks to perform an official dedication on Sunday, August 28, 2011, the 48th anniversary of the March on Washington and Dr. King's historic I Have A Dream speech. Photo by Johnny Bivera 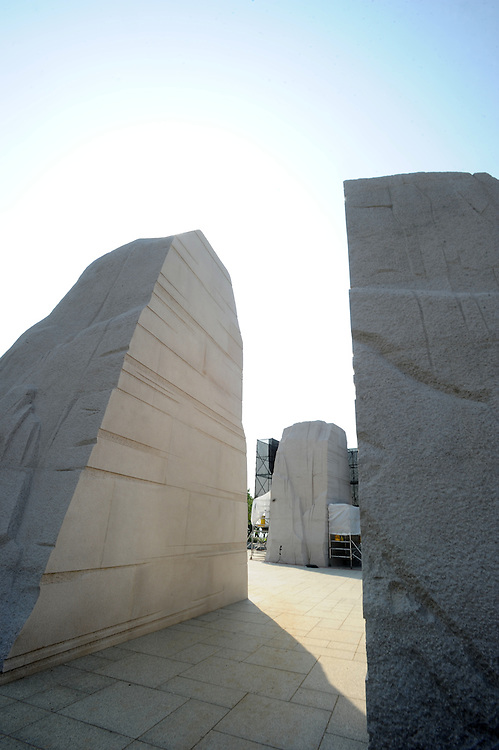