Washington, DC (November 17, 2010) -- Friends of longtime CNN DC cameraman Jerry Thompson work a fundraiser at Cuba Libre Restaurant for a foundation to see that Jerry's wife and children are cared for. Jerry has recently been diagnosed with a second brain tumor. He is a 25 year CNN cameraman and brain cancer victim who ran out of medical leave and lost his job. He has stage 4 malignant glioblastoma, the same cancer that afflicted Sen. Ted Kennedy. GBM is rare but pernicious, striking about 10,000 Americans each year. Jerry's diagnosis came shortly after the birth of his third child, Brandon, who's now 2. He and Ines are also raising Jason, 16, and Drew, 12. Photo by Johnny Bivera 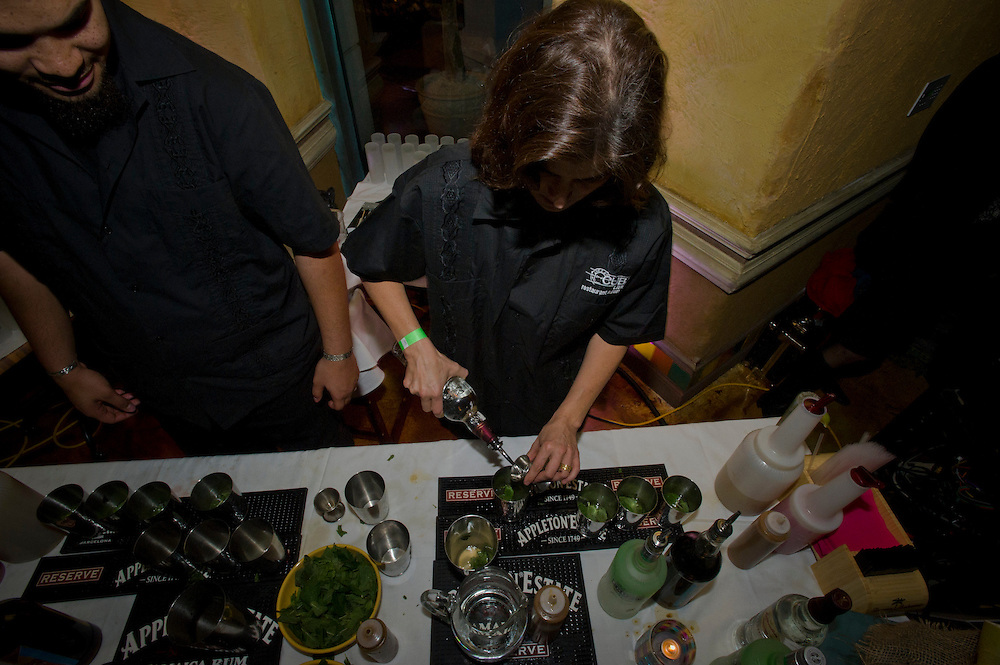