DISTRICT OF COLUMBIA - MAY 16: U.S. presidential candidate Senator Hillary Clinton announces the launch of Asian Americans and Pacific Islanders (AAPI) for Hillary, a national initiative to organize and mobilize AAPI supporters. Clinton made the announcement at an event to celebrate Asian Pacific American Heritage Month attended by leaders of the AAPI community. In conjunction with the launch of AAPIs for Hillary, Congresswoman Doris Matsui announced her endorsement of Hillary Clinton for President and agreed to serve as national campaign co-chair and the national chair of AAPIs for Hillary. 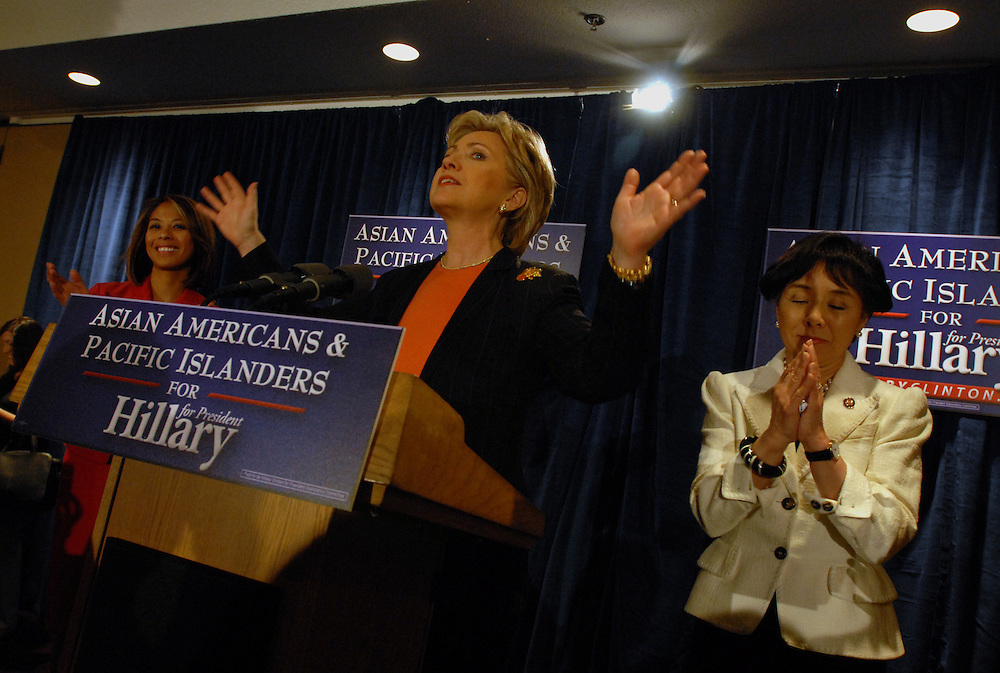