WASHINGTON (May 26, 2007) -- Within the memorial, quotes from Dr. King's sermons and speeches, arranged chronologically according to his life, are to be inscribed at a large scale on the glistening smooth surfaces of the water wall. These passages will be reinforced through the referential use of water, stone and light as metaphorical elements that heighten an awareness of his message. To commemorate the life and work of Dr. Martin Luther King, Jr., the creation of a memorial to honor his national and international contributions to world peace through non-violent social change is happening in Washington, DC. Located in West Potomac Park, the Martin Luther King, Jr. National Memorial looks to perform an official dedication on Sunday, August 28, 2011, the 48th anniversary of the March on Washington and Dr. King's historic I Have A Dream speech. Photo by Johnny Bivera 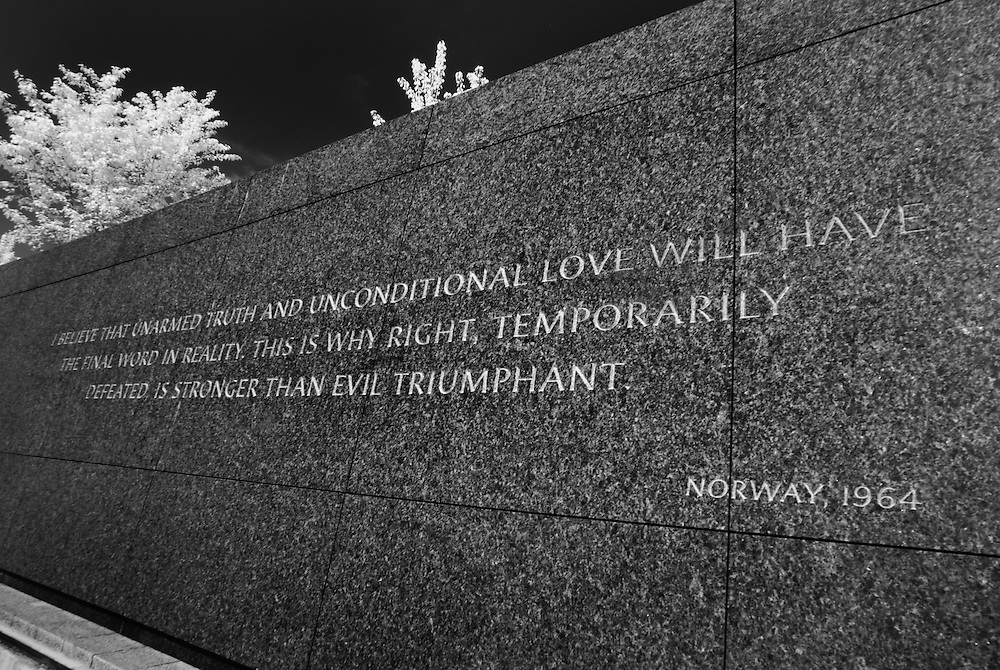