VIENNA, Va. - Nov. 30: U.S. Democratic presidential candidate Barack Obama addresses the Democratic National Committee during its annual fall meeting in Vienna, Virginia. "Now, here?s the good news - the name George W. Bush will not be on the ballot. The name of my cousin Dick Cheney will not be on the ballot. We?ve been trying to hide that for a long time. Everybody has a black sheep in the family. The era of Scooter Libby justice, and Brownie incompetence, and Karl Rove politics will finally be over. But the question you?re going to have to ask yourself when you vote this year and next is this: ?What?s next for America?? said Obama. The Democratic presidential candidates, DNC Chairman Howard Dean, House Speaker Nancy Pelosi and Colorado Governor Bill Ritter addressed members of the DNC on Friday, November 30 in the ballroom of the Sheraton Premiere hotel. Senator Chris Dodd passed on the fall meeting to campaign instead in Iowa. Senator Hillary Clinton canceled her speech as a result of the developments at her New Hampshire office hostage situation. 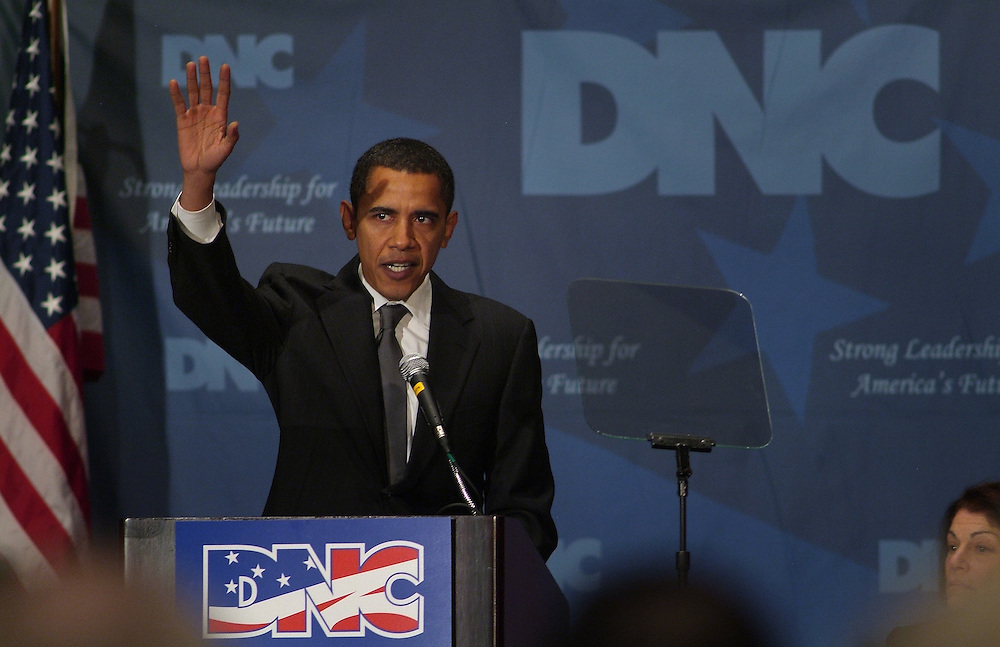