TRIANGLE, Va (October 29, 2011) -- A special dinner at the National Museum of the Marine Corps is conducted in honor of Lt. Gen. George (Ron) Christmas for his role as past president and CEO of the Marine Corps Heritage Foundation. He was commissioned into the Marine Corps through the NROTC program at the University of Pennsylvania in 1962. He served in various infantry commands and staff assignments as a company grade officer including command of Company H, 2nd Battalion, 5th Marines in Vietnam. He was seriously wounded during the battle for Hue City during Tet ’68 and for his actions there was awarded the Navy Cross. With the growth of the Marine Corps Heritage Foundation’s mission and enterprises, Gen Christmas devoted himself full time to these efforts until the Fall of 2011. Lt. Gen. Christmas is married to the former Sherry Lownds. They have 4 children and 12 grandchildren. Photo by Johnny Bivera 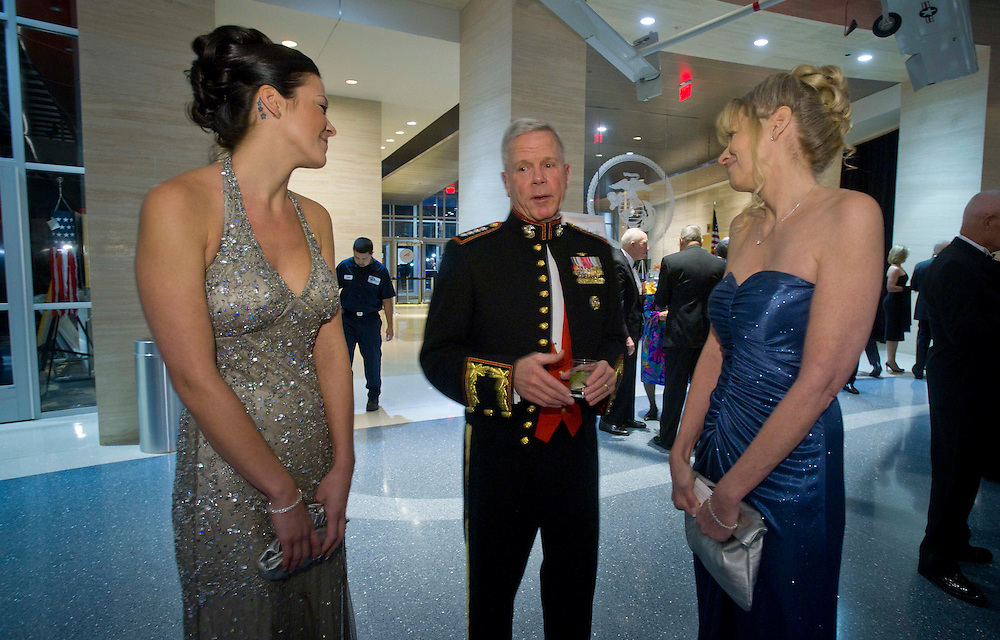